First we chose computer  because today we use much computers and laptops. But then we needed to go a bit deeper and we wanted to choose the computers memory systems HDD and SSD because these memory systems enable saving, storing and reading information. Physics is involved to this because there is magnetism, electromagnetism, mechanical reader, data and electrical signals. There are multiple kinds of storage Hard Disk Drives (HDD) and Solid State Drive (SDD). HDD is slower than SSD memory and it won’t work so many years as the SSD does, but SSD's capacity is lower than HDD's. SSD is used be a storage location for example to Windows operating system. Explanations to the abbreviations are at the end of the article.

Hard Disk Drive (HDD) is based on moving discs (platters) which KOOSTUA from four different layers: aluminium on the bottom, then chromium, 3rd is the most important magnetic layer and after that carbon overcoat. HDD's other important parts are Actuator and the Slider & Head. The Actuator includes two strong magnets and voice coil of actuator's arm. The magnets and voice coil make the actuator's arm and head moving that the data can be read from the discs wrote to them. The voice coil works using electromagnetic attraction and repulsion. The data is read and saved by the mechanical reader "Head".

The most popular hard disks are usually about 500 GB but generally some laptops could have only 160-320 GB Hard disks.

How the HDD works?

The current is supplied from two directions alternately to the voice coil which affects electromagnetism because the coil is between the two magnets N pole and S pole. The electromagnetism affects the actuator's arm motion (as the second picture below) so the Head and Slider move above the discs.

Pictures The Head & The data reading 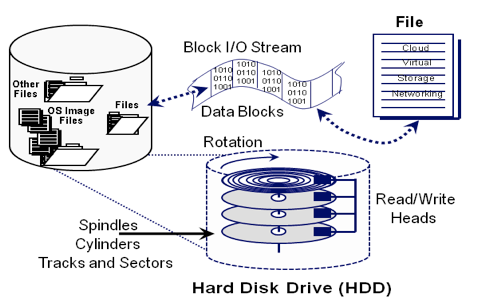 Picture2. How data is stored in HDD from computer's user interface

Solid State Drives are electronic working of silicon memory chips and it uses NAND based flash memory. There are any moving parts like spinning platters so they are very fast and shock resistant. Inside the SSD are five main parts. These are controller, NAND flash memory (the black boxes on the picture's circuit board, cells) , SATA interface, SSD PCB and card (the circuit board). The most of the Solid State Drives' capacity are 30/32, 60/64 or 120/128 GB. On of the reasons that capacity is lower than HDD's because the technology is more expensive. 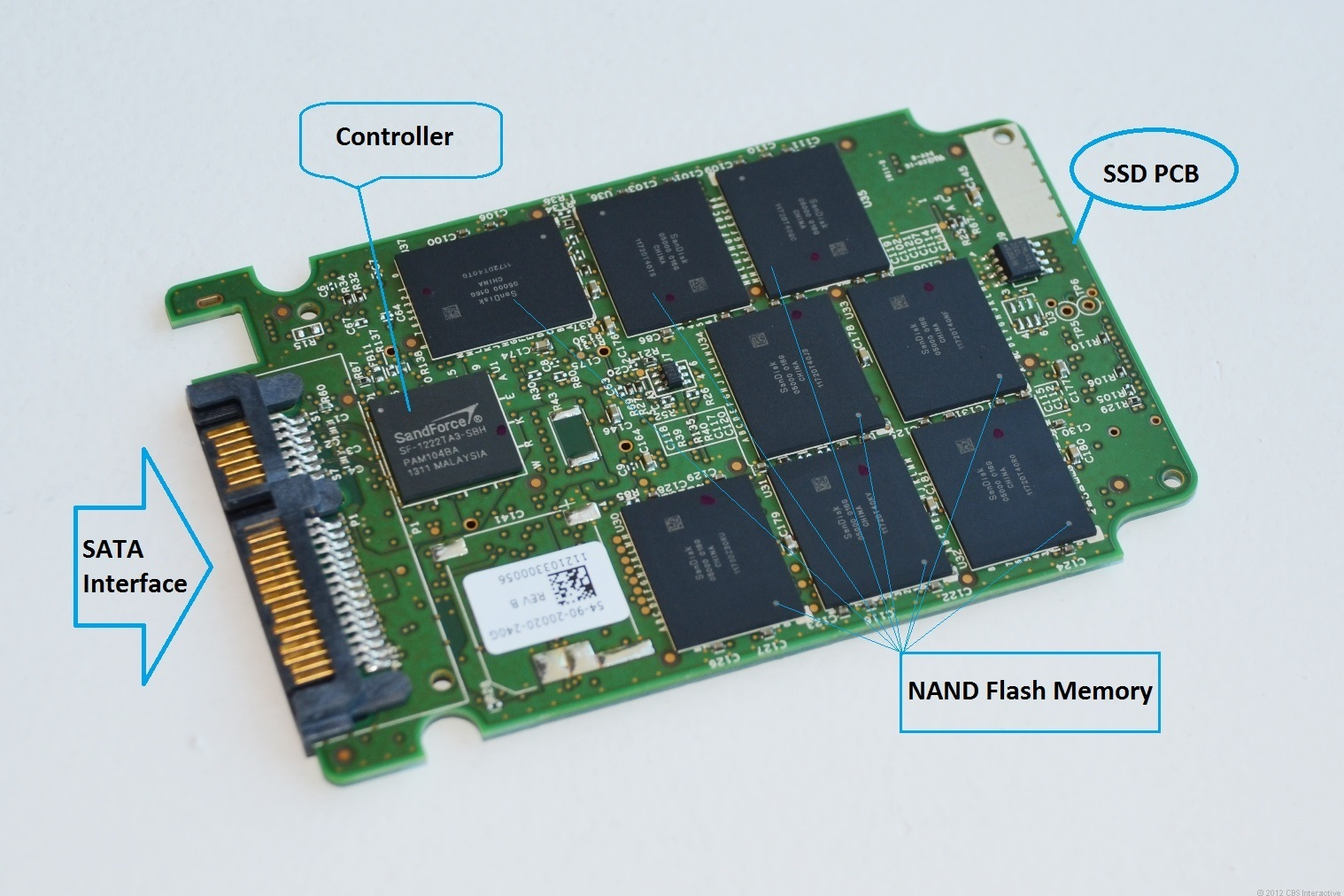 The NAND Flash Technology of SSD

There are mainly two different NAND Flash types used today, Single-Level Cell (SLC) and Multi-Level Cell (MLC). NAND Flash stores data in a large array of cells. Every cell can store data: 1 bit per cell for SLC NAND and 2 bits for cell for MLC. SLC NAND stores a "0" or "1" in each cell and MLC NAND stores "00", "01", "10" or "11" in each cells. SLC and MLC differences are levels of performance and endurance characteristics at different prices. SLC is higher performing and more expensive than MLC.

How is data read from SSD?

The information is travelling from the SSD to the computer through a standard SATA connection. Inside the SSD the controller is an embedded processor that bridges flash memory components to the host (such as a computer).

The controller executes codes provided by the SSD's firmware (a mini operating system) to full-fill the data requests from the host. The information is stored and read also in SSD with zeros and ones in cells. The memory cells store voltage and (in SLC cells) can be either an on (1) or off (0), which allows them to store data in binary form.

SATA = is a computer bus interface which connects host bus adapters to mass storage devices such as hard disk drives and optical drives.